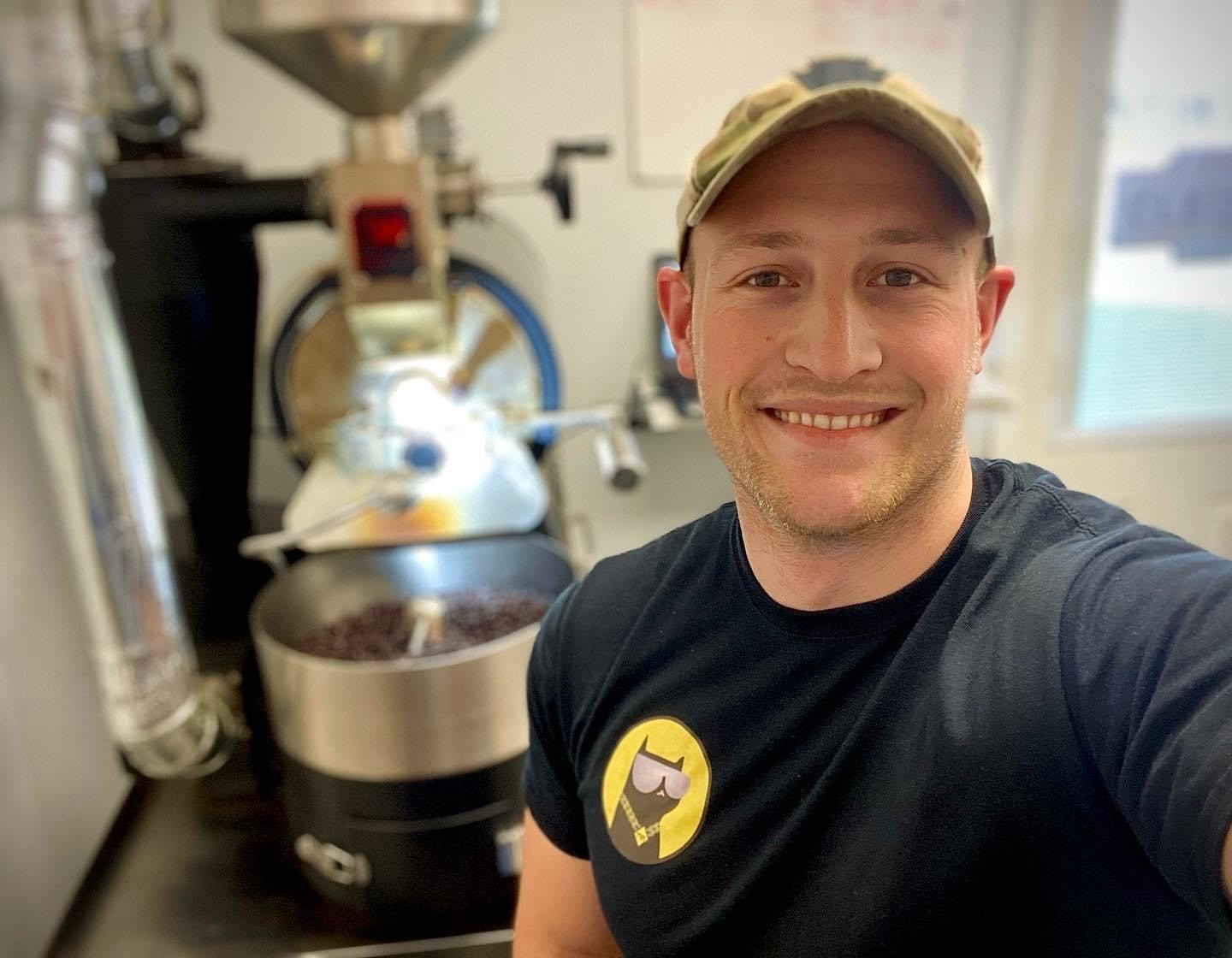 Cleona Coffee Roasters, LLC, officially began in the May of 2021, however, unknowingly began to form in 2016. My name is Matt Zechman, and I'm the owner/operator of CCR.

In 2016, I graduated high school and began working full-time as an EMT on an ambulance. My work partner, Lisa, would stop at Dunkin' about three times a day, and naturally, that meant I also stopped there three times a day. I got hooked on coffee, and as time went on, I started to brew it at home to save money. Although my interest in coffee started as an act to save money, it quickly

turned into a wild fascination and passion. First it was an AeroPress, then a Chemex, then a cheap hand grinder, and before I knew it, several other coffee brewing gadgets made their way into my collection. I became a huge fan of James Hoffmann, Scott Rao, Tim Wendelboe, and many other famous coffee experts.  I enlisted in the Pennsylvania Army National Guard, and as I would go away to Army functions, I would be the "coffee guy" that always had a setup. In September of 2019, I deployed overseas to Afghanistan as a CH-47F door gunner. Although very busy at first, our mission set slowed down and another gunner and I, Spears, started the "Gunnerz Lounge Café". Using a Keurig, French Press, my AeroPress, and a water kettle, we brewed coffee for the people in our company. We had a menu, we got donations, and we were ordering up to 5 lbs. of coffee every week given the high demand. During that time, I dove into coffee studies and learned everything that I could about the history of it, coffee origins, coffee growing factors, brew methods, and brewing variab

les. When I got back from my deployment, I bought a house in my hometown of Cleona, and built my home brewing setup. Although I love brewing coffee, I wanted to explore into the completely other side of coffee that I knew little about: roasting.

I ordered 5 lbs of Burundi Dry Process Kibingo and first tried to roast it on the stove. It worked, but it was inconsistent and made a terrible mess. Then I used a hot air popcorn popper; that burnt up after two roasts. My next roaster was a FreshRoast SR800 with a 12" Razzo extension tube. With this, I was able to make half pound batches, and although I was only roasting for myself at first, friends began to try it and love it. With little time passing, I was getting orders and knew that making a business was an inevitable future. I initially went with the name "Golden Hour Coffee Roasters" to tie in a military medicine theme, however, changed it to Cleona Coffee Roasters in order to target a more local audience. In early March of 2021, my best friend, Maillet, and I drove down to Alabama to pickup my current roaster; a 2020 Buckeye 3.5 lb. propane roaster. We somehow got it to fit in my Jeep, we drove back up, and I assembled it in a small disconnected room in the back of my house, which then became "the roasting room". I had a very sketchy ventilation system and ran it off of a 20 lb. propane tank, but rest assured, I got my use out of that temporary setup. To fast forward, two months later my LLC was formed, and I began to research licensing. In the meantime, I roasted away and learned everything that I could. My renovation efforts were delayed many times due to being sent away to nursing homes with the National Guard, but when there was a break in my schedule, my amazing Dad and I hit the renovations hard for four weeks. New outlets, moving the door to the middle of the room, plumbing, drywall, FRP panels, a new floor, a drop ceiling, ventilation, and furnishing was all done in less than a month. In late November, I got my limited food establishment license with the PA Department of Health, and at that point, CCR became a 100% real coffee roasting business.

I'm a firm believer in giving back, so in addition to fundraiser blends and product donations to first responders and troops serving overseas, I believe in neighbors helping neighbors, local businesses helping local businesses, and in general, just being there for one another when needed. With that being said, I currently retail at eight local locations (found under the "Where To Buy" tab above), but have plans to add more as time goes on. There is also potential for a large size commercial expansion during the beginning of 2023; fingers crossed. I am using this website to take online orders, which will allow for easy ordering with free local delivery, two local pickup locations, and two shipping options.

I work full-time as an advanced EMT and have many other responsibilities with the fire company and National Guard, so roasting is normally done once or twice a week. The banner at the top of the website is used to display the next roasting time frame.

As every day gives something new to learn, roasting is no different. Although I am confident with the current quality of my coffee, there is no doubt that my roasting will improve, and I thank everyone for encouraging this educational growth and yearning for the best possible product by supporting my business.